Dunkirk: the effects of entirely free access on the mobility of young people 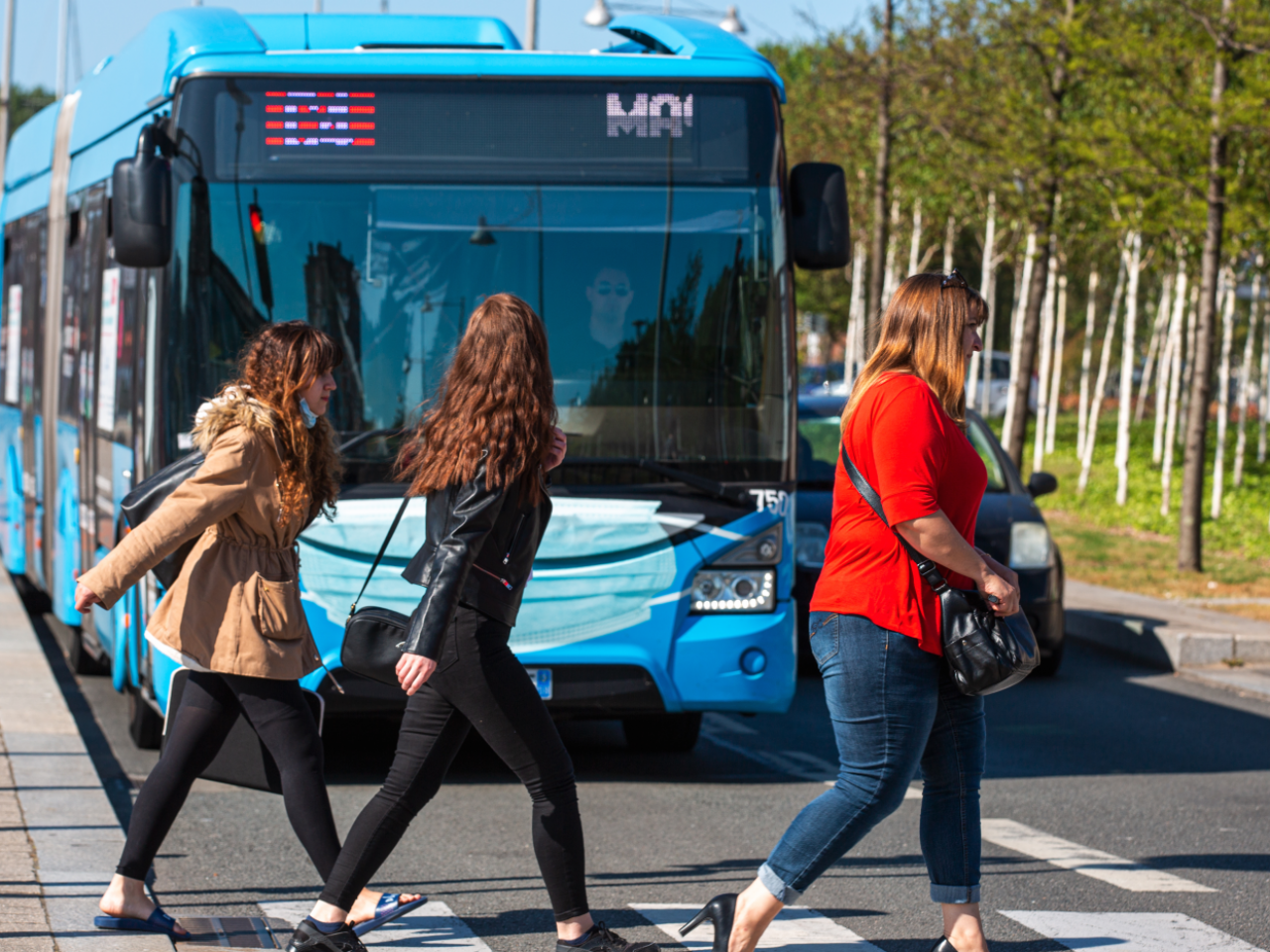 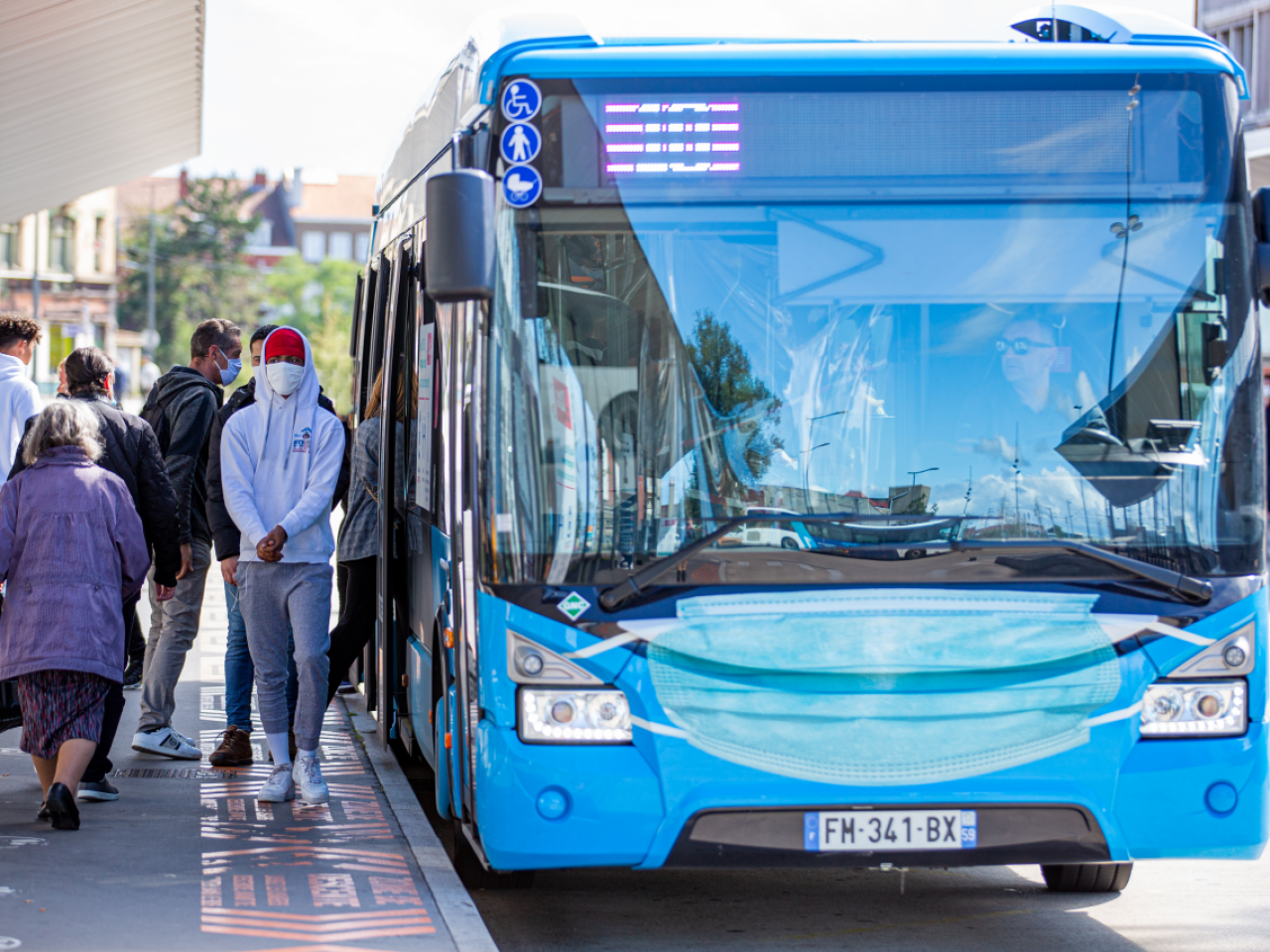 In 2021, the Observatory of Cities with Fare-Free Transport conducted a qualitative survey on the effects of free urban public transport on the representations ans mobility behaviors of young people between 15 and 25 years of age. The Dunkirk conurbation, which adopted entirely free-of-charge access in 2018, was chosen as the preferred area of study. Conducted by VIGS researchers at the request of the AGUR, funded as part of a grant awarded by the ADEME, this survey took place in a very particular health context that, for more than a year now, has greatly altered the very freedom to get around. We can now present the results of this study here in the form of a synthesis.

The full study is available for download at the end of this article.

The first lesson from this qualitative study is that free access, in the eyes of the young people in Dunkirk who were surveyed, is a mobility policy that is unanimously appreciated. For the 19 young people aged 15 to 25 in the panel that was studied (see below for elements relating to the methodology), inequalities in access to mobility are symbolized by the financial capacity to be able to afford a trip by public transport. Not having the means to do so equates to being poor, and it also means exposing oneself to the mechanisms of social stigmatization while taking the bus. According to them, free-of-charge access puts an end to this state of affairs.

An eraser effect on social inequalities

By erasing the signs of belonging to one social category or another, which a system of subscription with social pricing or the avoidance of bus travel for lack of resources could betray, it creates equality in the face of modal choice. Young people thus consider fare-free public transport as a key measure to tackle the social issues relating to the right to mobility and to access the economic and cultural resources offered by urban spaces.

The efficiency of the network, the complementary asset

Free, frequent, service: these characteristics together enhance the Dunkirk bus network in the eyes of young people – users and young drivers alike. The five Chrono lines with a high level of service are particularly cited for their efficiency and associated with a more relaxed pace of life, freed from the constraints inherent in the prolonged wait at bus shelters.

With the free network and the implementation of new stops, many young people are now more systematically considering the use of public transport, any time they have a need or desire to head out. This new behavior particularly illustrates the impact of free travel in strengthening their ability to determine the efficiency of their routes in terms of the distance traveled and the time spent getting to their destination.

Tensions related to COVID-19 and the increase in attendance

The first study conducted by the VIGS association of researchers (published in 2019) regarding the new Dunkirk free transport network allowed it to be estimated that there was an average increase of 85% in the use of the new free buses between 2018 and 2019. This use, a sign of success, has taken on a different aspect in 2020 in an unprecedented context of pandemic. Indeed, unlike many other networks, the ridership of the Dunkirk network was maintained after the drop in use with the first period of confinement (read the article of Urbis le Mag "Free networks also suffer")) and even continued to grow in 2020 compared to 2019.

The particularly active circulation of the so-called British variant of the virus throughout the Dunkirk conurbation as of the beginning of February 2021 has highlighted a certain degree of nervousness among our respondents regarding the close proximity encountered in the vehicles. Anxious about being infected, the young people in Dunkirk felt a degree of unease when taking the bus and opted for other modes of travel when they had the choice.

Diversification of the modes of transport for young people

The second salient lesson from this survey lies in the concrete and tangible effects of free access on the mobility practices of young people in Dunkirk. No longer having to get change before boarding – or validation of a card – has freed young people in Dunkirk from the constraints associated with riding the bus when a fee is charged and the fear of being checked.

The survey highlights that this new availability of the free network has very much encouraged young people to diversify their modal transport choices in favor of taking the bus to get around, and this, according to their needs (work, training, leisure), their social interactions (riding the bus with a group of friends), the time of day, etc. The survey also revealed that free travel leads to new bus trips being taken; such as those observed during the lunch break at noon, aimed at allowing high school students from the surrounding areas to go to the city center to meet up, relax, or have lunch together.

Familiar with this simplicity of use of the free buses, some young people who encounter other cities in the course of their studies or for leisure readily draw a comparison between the paid public transport networks and the Dunkirk network (in favor of the latter), stressing the reliance on free travel in their habits and their "astonishment" at having to pay elsewhere to get around.

The influence of car culture

The family social sphere maintains a clear permeability of the relationship with cars between the young people in Dunkirk and older generations, for whom a driver’s license remains an essential element in finding a job, even a guarantee of social success. The young people surveyed recount this "pressure" exerted by their parents and their acquaintances to become motorists as well. This type of discourse, which has always occurred for this subject, is also encouraged by social and professional integration structures. The use of a private car is thus more pronounced among young workers looking for a job or in employment in our panel.

In addition, the pressure to get a driver’s license is reduced by fare-free public transport. Obtaining the coveted pink permit to mobility is delayed to allow young people to acquire the modalities of their own mobility at their own pace. One of the hypotheses of the survey is that the habit of using public transport may facilitate, among these young people brought up with and accustomed to the notion of free-of-charge public transport, a reappropriation of public transport when the costs related to car mobility are evaluated in terms of their real effects on their budgets as junior employees.

Taking the free bus to experience the city

Far from considering themselves "captive" users of public transport, young non-motorized people have taken advantage of the opportunity of free transport to jointly develop autonomous mobility and their sociability practices, allowing them to fully live their aspiration to independence during an adolescence made up of outings with friends. Free travel greatly and undoubtedly simplifies the proliferation of group trips for shared discovery and enjoyment of the city center and a diversity of places in the Dunkirk area served by the bus network (especially the beach), often on weekends. The free network, coupled with its restructuring, appears to be the basis of a symbolic extension of the living environment and the feeling of freedom of young people.

With very positive symbolic representations, the fare-free public transport of Dunkirk has fully revalued the use of buses and has led it to assume a prominent place in the range of mobility solutions envisaged daily by young people to access the places of their various activities for training or leisure.

While taking the bus, before the transition to the free network, was considered to be a tiring, inconvenient, even inefficient and old-fashioned means of travel, young people in Dunkirk are now fully satisfied with the simplicity of use and the opportunities offered by this mode of transport to appropriate their living space. The marketing actions of the delegated transport company (Transdev), supported by the public authorities (CUD), fully contribute to the new appeal of taking the bus by renewing the experience of the shared journey by creating entertainment onboard vehicles and catchy slogans. For young people in Dunkirk, taking their new free bus has become a daily, if not commonplace, act as part of their quest for independence from their motorized parents.

Eradication of the car reflex: the long-term challenge of free access

In the Dunkirk conurbation, which is sparsely populated and of medium size, as well as largely rebuilt after the war based on an urban model in favor of the automobile (wide traffic lanes to the detriment of sidewalks and other bike paths, parking facilities, etc.), the use of individual cars is still "easy" compared with the difficulty of getting around by car observed in large cities such as Paris, Lyon, and Lille. The introduction of free transport, coupled with major urban restructuring works in favor of shared and active modes (the likes of which the Dunkirk conurbation had not experienced previously), is a first step towards rebalancing, albeit without yet succeeding in dethroning the predominance of car travel.

Nevertheless, the results of the VIGS survey are encouraging regarding the future. Free-of-charge transport in Dunkirk now allows learning about and reliance on travel by public transport from an early age by an entire section of the residents of the conurbation. Unlike their parents, these young people will have acquired a reflex to use public transport for life. Although the young people on the panel remain influenced by family traditions that make them idealize the freedom offered by individual motorization, this promotion of the automobile cannot be considered as inevitable, nor family opinions as a determinism: in the life trajectory of individuals, youth is considered as a time at the "crossroads" of social influences (family unit, social networks, training and education frameworks), some of which will later be questioned, others consolidated, others still diverted or even rejected over the course of life choices. The use of cars to the detriment of public transport, as free as it is, can be no exception. Less than three years after the implementation of free access, the young generation of Dunkirk already appears much more open to the use of public transport compared to their parents.

Free access has sown the seeds encouraging a change in behavior. A longer timeframe will eventually make it possible to re-evaluate the impact of free access as an accelerant for this slow process of changing the mobility habits of young people in Dunkirk.

The application of a qualitative methodology, through the analysis of semi-directive interviews and a field survey, has emerged as the most conducive solution to the joint exploration of young people's mobility practices and their perceptions of public transport since the inauguration of the new free network in September 2018.

Coming mainly from working-class backgrounds, the panel of young interviewees offers a socio-economic horizon that is consistent with the available data on the employment characteristics of the active population of the Dunkirk district, historically marked by the presence of working classes.